TAWAU: The Tawau Passenger Ferry Terminal is now protected by a 181.2-metre long wave screen worth RM19.6 million,   the first in Malaysia, said Sabah Infrastructure Development Minister Datuk Peter Anthony. He said the project was undertaken by the Sabah Ports Authority to ensure passengers’ safety when boarding and disembarking the ferry.“The wave screen provides a spacious area for the ferries to enter and leave the terminal as well as come near to the pier while protecting passengers from the waves.”He said this at the wave screen launch ceremony at the Ferry Terminal, here, Thursday. His speech text was read out by Sabah Infrastructure Assistant Minister Datuk Abdul Muis Picho. The project, which commenced on Feb 23 last year, was fully completed on Dec 19. The wave screen  has reduced sediment siltation, wave impact and pontoon damage especially during the monsoon seasons.Peter added that the construction of the facility proved the State Government’s commitment in providing the best infrastructure and development for the people in Sabah. The Tawau Ferry Terminal, which had been the district’s landmark and gateway between Malaysia and Indonesia since it began operations in Dec, 2016, is capable of handling eight ferries with a capacity of 1000 passengers at any one time. 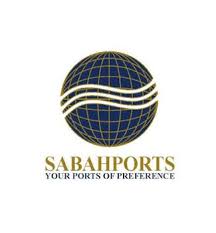